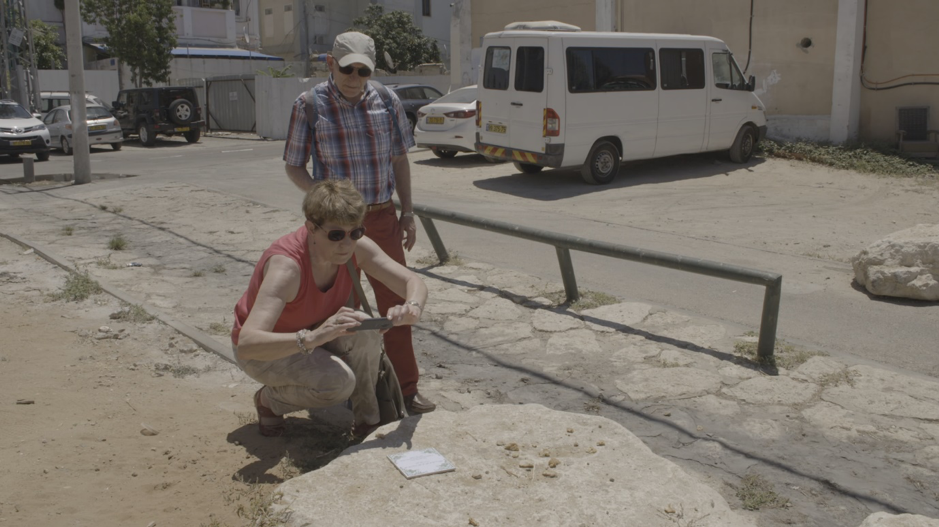 Anissa Rabbani (83) dedicated her life to Palestine. As the wife of the consul of Kuwait she became a member of an international womens society. One day during a Fancy Fair she wanted to display some Palestinian artefacts. The chairwoman came up to her and asked her to remove her stuff, with the words: ‘Palestine does not exist’.

Every year on the 15th of May, Palestinians commemorate the ‘Nakba’ of 1948, when 700.000 of them fled their homes and their houses during Israel’s war of independence. They would never return. A few of them ended up in The Netherlands where the sympathy was mainly directed towards Israel.

‘Palestine does not exist’ tells the story of four of those witnesses living in The Netherlands.  Now, at old age, they have to accept the fact that their struggle has not led to recognition.

Mukheimer Auyyoub was given a personal assignment by Yasser Arafat and that was to promote the Palestinian cause in The Netherlands. But he does not even succeed in getting permission to erect a small monument in the town where he lives.

Latifa Daraj, lived her whole life as a refugee in Yarmouk Camp in Syria. But recently, in 2014 she had to flee again on an inflatable boat. She ended up in the Netherlands where she hope to gain a passport so she can finally visit the village in Palestine where she lived as a child.

Samir Hreish was only two years old when his family fled their house in Jaffa. Together with his wife Suzanne he hopes to find the house where he was born. In their absence that house was being taken care off by another Palestinian family called Hinn. So after Samir’s family left, a boy was born in that house with the name Benny Hinn. Samir succeeds in meeting Benny Hinn who nowadays is a world famous Christian preacher and a uncritical supporter of the state of Israel.