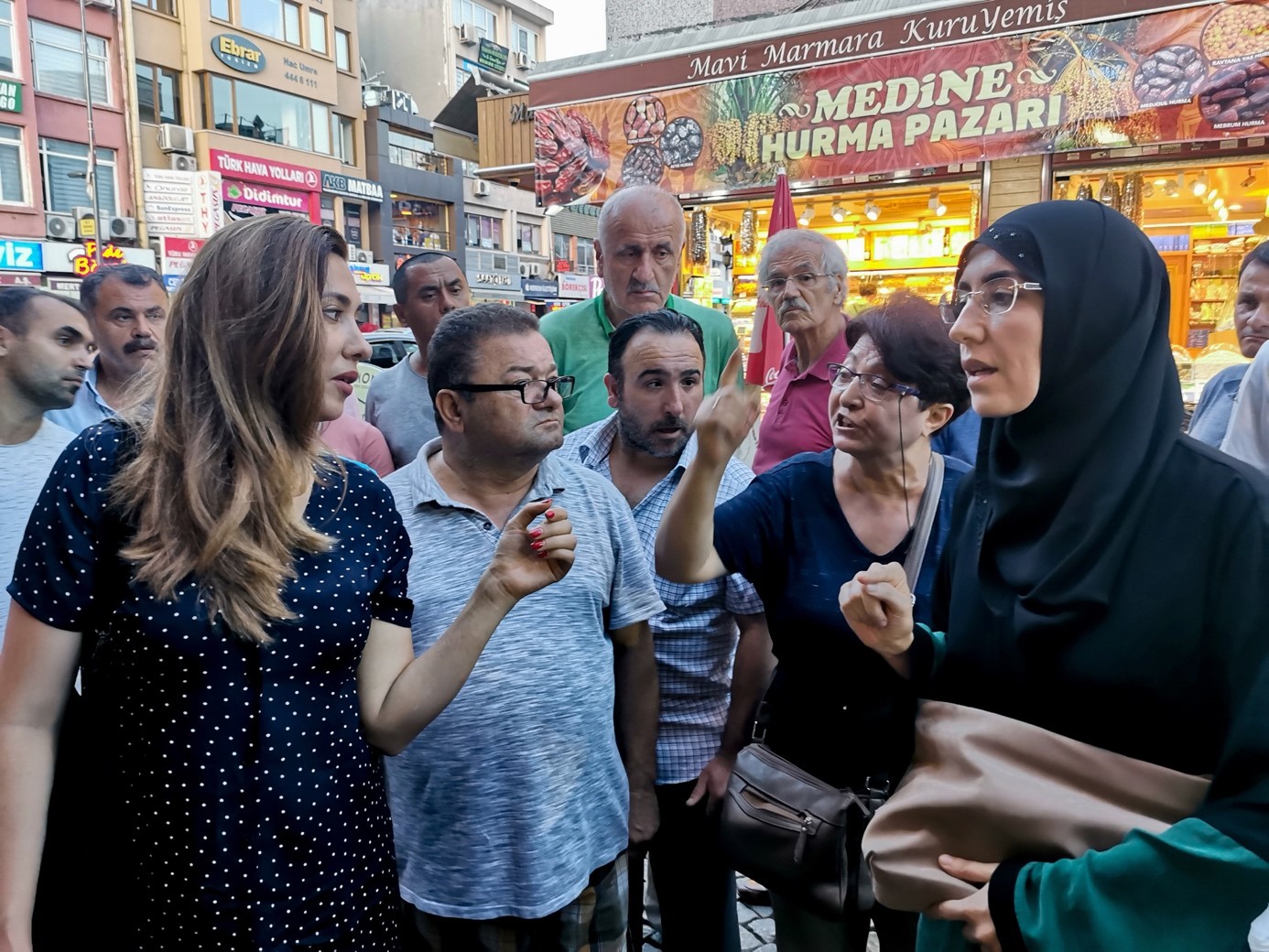 “Who wins Istanbul wins Turkey” said the Turkish president Recep Tayyip Erdogan. Journalist Fidan Ekiz witnesses three elections in Istanbul in one turbulent year. While a economic crisis is raging, the popularity of Erdogan’s conservative party is decreasing. The tensions between the modern secular citizens and the conservatives is increasing as everybody realizes their lifestyle is at stake. In the 2DOC: the Fight for Istandbul, Fidan follows normal citizens from the traditional neighborhood Uskudar and from the modern neighborhood Kadikoy for a year. She sees how their lives are changing because of a conflict that gets grimmer by the day. The documentary is aired on monday 16 september at 20.55 by BNNVARA on NPO 2.

Fidan Ekiz: “I never realized how much the everyday lives of the Turkish are bound to the political environment. They are almost completely intertwined.”

Fidan meets pro and anti Erdogan supporters . Meral is a Roma and runs a store in Uskudar that barley brings money home. Erdogan has given the Roma their self esteem back and their gratitude is unconditionally. Still Meral gets to deal with threats after receiving a film crew that has been harassed at a rally where Erdogan was to speak.

Fidan also meets a student called Guney, who lives in the modern neighborhood of Kadikoy. He leads a campaign for the secular CHP. Guney knows that by doing this he puts his future on the line because when the AK party wins, there will be retaliations. Bestem, a singer who lives in the same neighborhood, feels the tensions on the streets as well. Gangs make the streets unsafe. Who runs those gangs?

The most harrowing stories are those of the furniture repairer Yasar, who does not survive the economic crisis, and the fish vendor Celal. The fanatic Erdogan supporter sees how he is not only slowly losing his party but also his marriage with the modern Fatma.

“the Fight for Istanbul” is directed by Kees Schaap, who already worked with Fidan on the loved documentary series “Veerboot naar Holland” and “De Pen en het Zwaard.”

“The Fight for Istanbul” is a co production of Episode One with BNNVARA and VRT.

Supported by CoBofund The Netherlands.