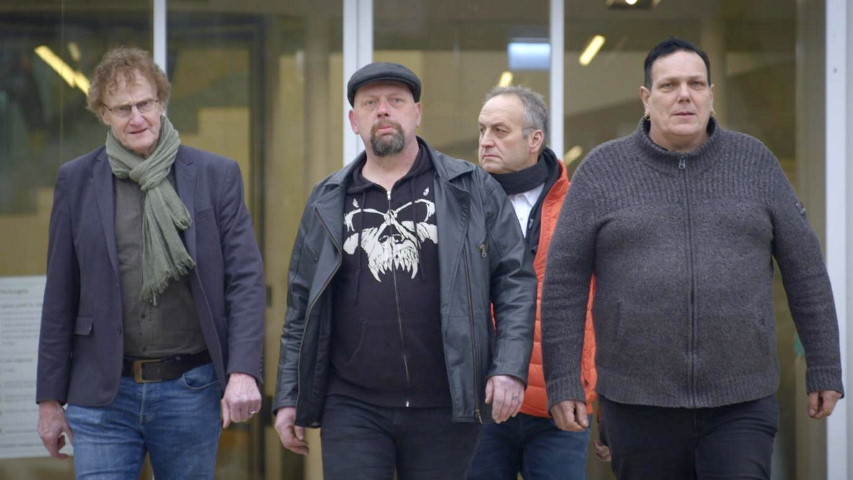 Opstandelingen was made with a contribution by the Foundation Democracy & Media

Once more Sophie Hilbrand visits municipalities where inhabitants revolt against their local administration. After a successful and controversial first season local administrators seem startled by the effect of Insurgents. As a result mayors and aldermen tend to flee in front of the camera. Out of six municipalities Sophie visits, only one mayor is brave enough to voluntarily answer her questions. Of course, Sophie tries to find other ways to confront them.

In Almelo the culture of administration has been characterized by favoritism since decades. Citizins are frequently discarded, unless they are well connected. A few of them have joined forces under the banner of the Party of Free Almelo. They feel inspired by Harry De Olde, a “man of the people” who fights a lonely struggle in the council. Thus they become a platform for desperate people and withpolitical means they try to start an uprising.

Afl 2   The siege of Moordrecht

In this second episode the inhabitants of a recreation parc revolt. They have paid a lot of money for their houses because they were told they could live there permanently. Although there is a housing shortage in The Netherlands, local administrators decide to uphold the law that says that you can only live temporarily in recreation houses. With dire consequences.

In this extra long episode Sophie is in the posh municipality of Bloemendaal. Here the local administration is trying to bully away two Amsterdam brothers who had the nerve to buy an estate there. Things get out of hand and when scandals and corruption leak out. Marielys Roos, a council member, tries to improve the culture of government in Bloemendaal. Doing so, she herself becomes a target.

Afl 4  The Ballad of Enschede

The municipality of Enschede is following a coldhearted policy of encouragement againt those who dependent of welfare. Helping them, Rene Beunders becomes the champion of the needy and the enemy of the municipality. Although, he himself suffers from so many diseases and illnesses that it’s questionable if he will endure.

The only duck abattoir in The Netherlans is located in Ermelo. Its owner plans to double its capacity and is supported by the municipality. Because of odor nuisance and animal cruelty two women jump into action.

Elvira Groen lives with her mother behind the gate on an industrial zone in Zaanstad. The gate is put there against their wish by a powerfull enterpreneur who has big plans for the area. This is a recepy for conflict and hate, in which the municipality plays a major and questionable role.